For over 25 years Don Perry Music Company was one of the most successful music production and publishing companies in Los Angeles.

Before starting the company, Don, worked as a recording engineer, record producer and owner of an independent record company. He produced and developed new artists as well as producing music for commercials for major corporations such as: Toyota, Bob's Big Boy, Marineland of the Pacific and Union Bay Clothing.

In the 70's Don began to promote concerts and showcased some of the nations' best talent, including: Stevie Wonder, Earth,Wind and Fire, The Jackson Five, Cheech and Chong, The Temptations, The O'Jays, Rick Nelson, Linda Rondstadt, Gladys Knight and more.

Don had been credited as a music supervisor for film as early as 1969 but his concept of delivering a complete music package including: setting and guaranteeing budgets, negotiating and hiring composer, musicians, studio, clearing all music, negotiating soundtrack agreements, and supervising from the initial spotting for music through the final dub was an entirely new concept. Don Perry Music became a complete "in house" music department for independent film makers for over 20 years. He has produced the music for nearly 100 films and countless hours of music for TV. His production of the theme song for the series "The Life And Times Of Grizzly Adams" sold nearly 3 million singles worldwide. Don's other credits include the soundtrack from "Girls Just Want To Have Fun" which included two chart singles as well as the country chart record "Hello Woman" by Doug Kershaw. He also produced approximately 20 albums for renowned children's artist, Hap Palmer, which won numerous awards from Parent's Choice and The American Library Association. His "Babysong" LP and tapes sold in excess of 2 million copies. Don is currently living in Carmel By The Sea and consults on select music projects.

Don Perry was an "eye-witness" to the birth of Rock and Roll. When Elvis Presley arrived, Rock and Roll exploded and Don knew he wanted to be a part of it. In 1963, he sold his car and armed with enough money to last six months, headed to Hollywood to become a Rock star. Surely that would be enough time. That six months stretched to nearly thirty years and as Rock evolved and changed, so did Don's career. "Don Perry Produced The Music" traces his journey as a singer/songwriter, recording engineer, record producer, manager, concert promoter and finally, music supervisor for film and TV. It also traces the golden years of Rock and Roll and how they shaped every step of the way.

Don's book "Don Perry Produced The Music...My Journey Through the Golden Years of Rock and Roll" has been published by Outskirts Press. 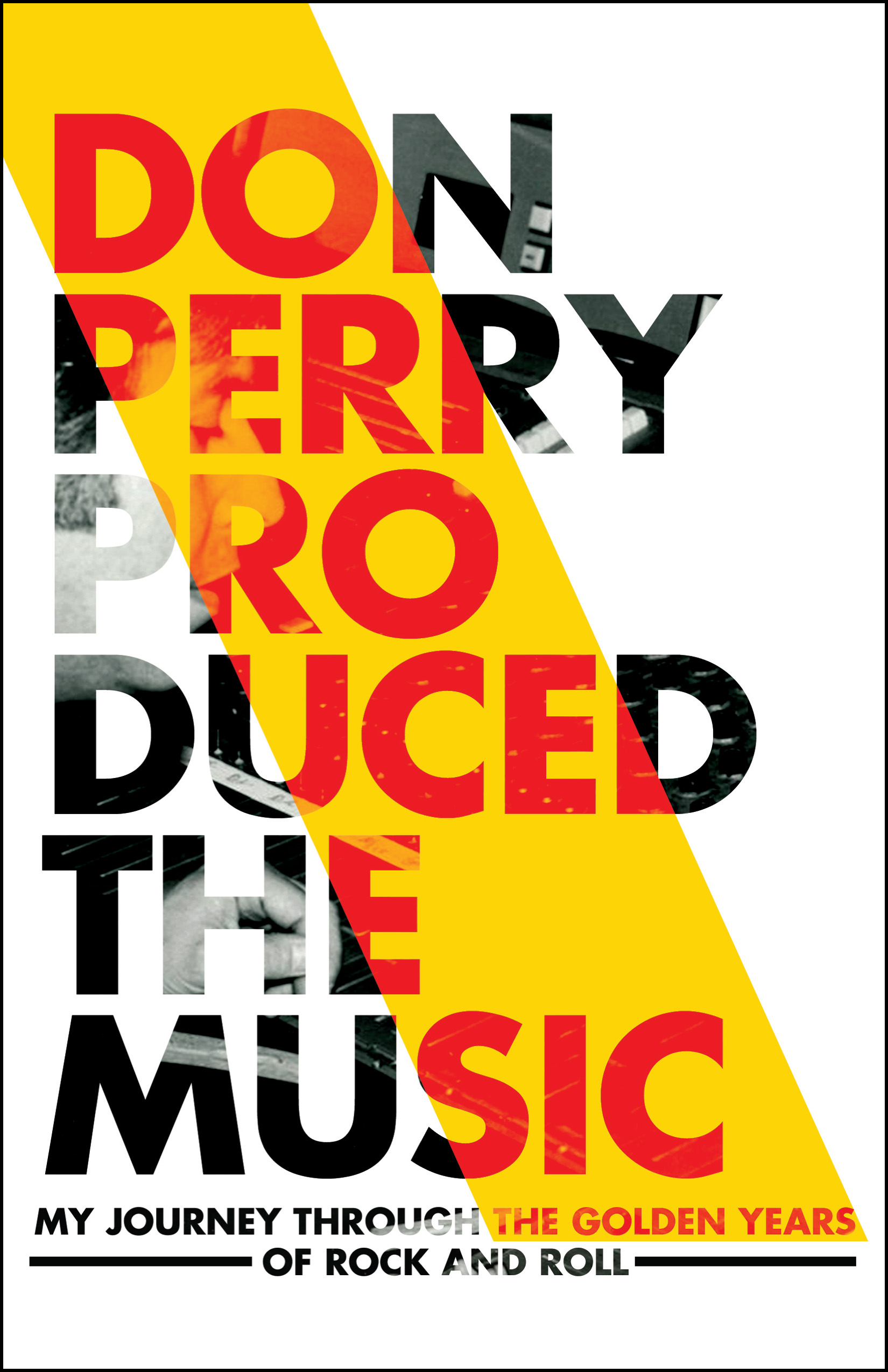